Being the 3rd largest start-up ecosystem in the world; India has been assuming the Year On Year growth of start-ups at a feasible growth of 12-13%. On an average 2-3 start-ups are born every day in India, but not all of such start-ups continue to survive, and in 2020 nearly 90% of such start-up platforms wind up their businesses due to the unanticipated incident of COVID-19. But there are few start-ups and business platforms in India that grew persistently and now are the part of not only a nationwide network but a global network as well. Such businesses started their journey in the early 20th century and strive to become India’s one of the pioneering platforms due to their strategic marketing, authentic quality-based products/services, Innovative planning, and good relationship building tactics, that guided them to grow at such a rapid pace and develop as a vast network across the globe. 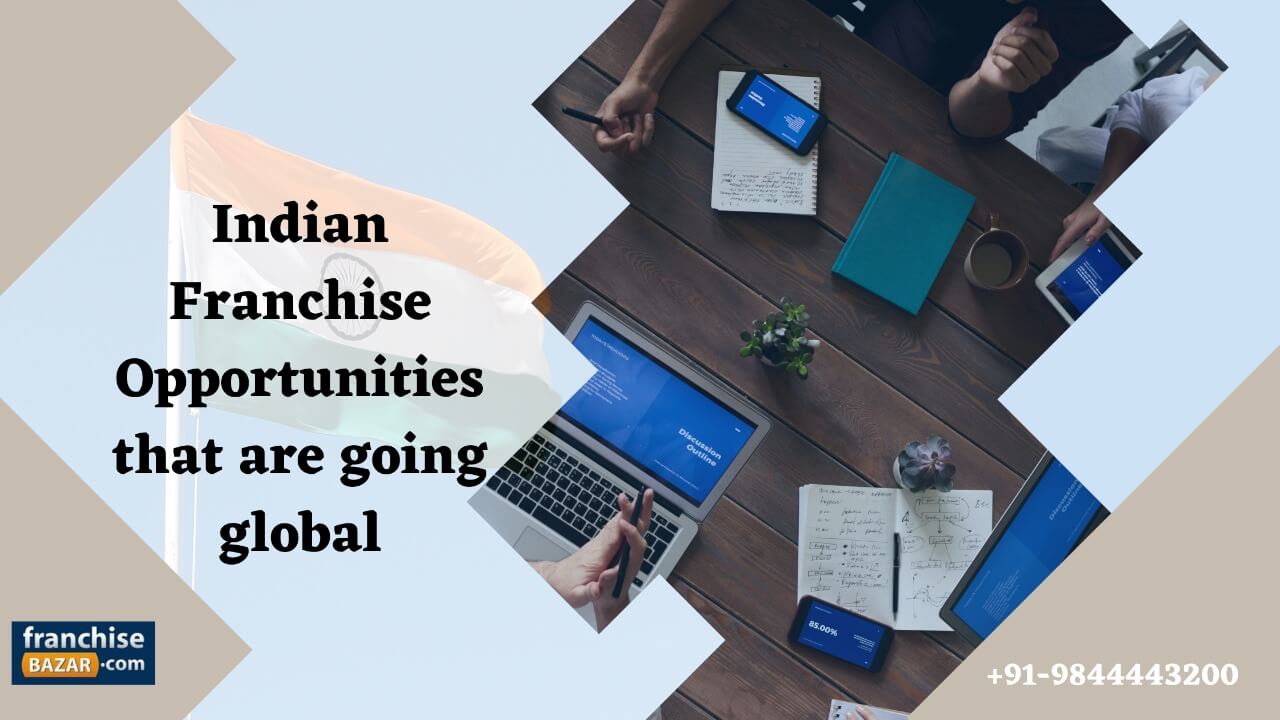 Below are the top 5 Indian Business platforms that franchise opportunities outreach globally with high demand.

Jawed Habib Hair and Beauty salon was founded in 1963 by Jawed Habib himself as he alone is the chairman as well as managing director of the company which has the largest out-reach network not only in India but in the global market as well. At present, the company operates around 850+ salons along with 65 hair academics in 24 states as well as in 115 cities of India. Due to their exuberant influence in the market and rapid growth in its franchise sector as well, the company is now emerging itself in Dubai, Singapore, Nepal, and Bangladesh as well. Due to its dominant network reach the company comes under the list of “top best brands in India” with a revenue of nearly 304 million. Due to this excellent success, Jawed Habib published his book named “Attitude is Everything” on 1st January 2019, in which he explained how one can inaugurate their franchise business and raise its growth in the market by accomplishing their goals and emerge as one of the professional with a passion to turn a dream into reality. The investment required to start Jawed Habib Hair & Beauty Salon in India is 20-30 lakhs INR and the space requirement is between 150-1000 sq ft.

Cafe Coffee Day was founded in 1993 by V.G. Siddharta in Karnataka, Bangalore. It is one of the most promising cafe chains in India, its first outlet was set up on July 11, 1996, at Brigade Road, Bangalore, since then the platforms started to emerge rapidly across 29 states of India. Later, the company became the largest producer of Arabica beans as well as one of the most eminent platforms in India which started developing its presence via franchising in other six countries which are USA, Japan, Europe, Karachi, Dubai, and Vienna. Today the company’s network is widespread in 209 cities in India and has nearly 1,423 outlets across the country. The investment required to start Cafe Coffee Day franchise in India is 9-10 lakhs INR and the space requirement is between 1000-1500 sq ft.

Anand Milk Union Limited (Amul) was founded in 1964 in India, it is India's one of the vast milk producer diary co-operative body which now has become one of the most trust-worthy and remarkable platforms with high-on demand due to its superior and authentic quality-based products, strategic marketing, and brand advertising influence. At present Amuk has around 6000+ outlets which make Amul one of the leading platforms with a giant network. Amul has its parlors emerging presence in nearly 1400 cities of India. Due to its highest growth reach and demand, Amul is now available in 40 countries which makes it the international and most remarkable Indian brand. The investment required to start the Amul franchise in India is 2-5 lakhs INR and the space requirement is between 250 sq ft.

Fabindia is an Indian company established by John Bissell in 1960. The company has a profound aim of employing people residing in rural areas and utilizing their handcraft such as Hand-made fabrication and Craft tradition along with various hand-made arts to make Indian apparel printing based on Indian culture precious designs. The company now mainly deals in Textiles, Home furnishing, Handloom, Apparel, and jewelry for men and women. Due to the company’s innovative and unique method of conducting and operating the business platform, it won the “Best Retail Brand” award in 2004 by Economic Time and in 2011 it won the “Outstanding Achievement in In Promotion of Cotton by a Brand” award by Cotton Council of India, which makes Fabindia as one of the most successful Indian platforms. Today the platform has its emerging presence in Singapore, Dubai, Italy, Nepal, Malaysia, and Mauritius. Fabindia comes under the list of best leading businesses in India. The investment required to start FabIndia franchise in India is 35-40 lakhs INR and the space requirement is between 700-1500 sq ft.

Desk to Desk Courier & Cargo was founded in 1990 in Bangalore, India as a courier delivery services company, the DTDC supply chain solution division has a meticulous focus on serving cargo services via surface, air, and rail modes. At present, the company has over 1000+ franchise centers in India and it also guides various start-ups with minimum investment as well as assist them to generate profit for them through franchising. Now DTDC is one of the most powerful platforms that is creating a strong impact due to which the company has its leading platform in over 240 countries including India. DTDC also became a case study in various business institutions  and it has now 10000+ franchise centers in India and 5800 channel partners. The company’s rapid growth is a result of their 25 years of experience which leads it towards 10,000 augmentations across the globe. Now DTDC comes under the best widely known network and best franchise opportunity for passionate and dedicated entrepreneurs. The investment required to start the DTDC franchise in India is 50,000 to 2 lakhs INR and the space requirement is between 250 sq ft.

If you are an ambitious business person or a potential entrepreneur scrutinizing on how to expand your business or initiate a new start-up, you are in the right place....

Bangalore, the capital city of the state of Karnataka, is also the largest and most populated city, with 8 million people and 11 million located within...